She's in a pickle. Sure, she opened a pre-opened pickle jar on a talk show to 'prove' she was healthy. We know it had already been opened because we heard no 'pop.'

Hillary wouldn't be able to open the pickle jar I drew. Now available! 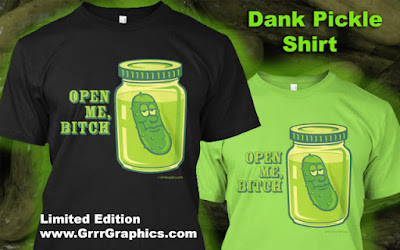 Posted by Ben Garrison at 6:22 PM No comments:

Hillary’s recent speech smacked of deceit, delusion and desperation. The three ‘D's.
Hillary and the globalists are losing their ability to brainwash the public. People are gravitating toward truth tellers and away from mainstream news, political correctness and social justice warriors. Hillary tried to scare people back into the fold by the use of scolding, smearing and virtue posturing. She has no virtue. After all, she attacked Obama racially in 2008 and also praised the ex-KKK leader, Robert Byrd. She even kissed him.
Your silly speech didn’t work, Hillary. It only made you appear demented. I guess that makes four ‘D's.
Ben Garrison 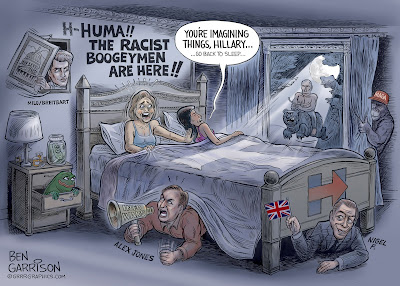 Posted by Ben Garrison at 9:48 AM No comments: 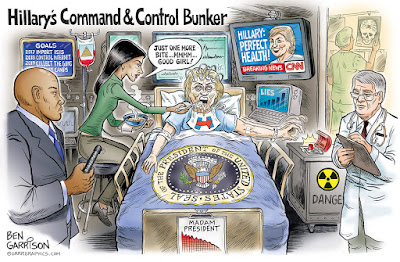 Posted by Ben Garrison at 10:06 AM No comments:

After seeing our site down for nearly 12 hours, our service provider gave us some lame excuse--that the traffic to our site was 'hurting other users.' This is nonsense. I have a deluxe plan and plenty of bandwidth. I'll soon be giving this 'hoster' the boot. They added an 'account suspended' notice which was particularly maddening.

This makes the third time my site has been taken down--usually after publishing a particularly insulting Hillary Clinton cartoon. 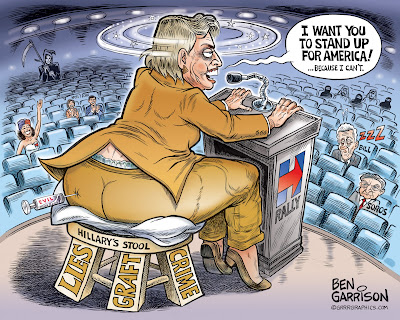 Posted by Ben Garrison at 1:31 PM No comments:

I enjoyed talking to Mark Hammond, who will also have an AMA on The_Donald this Thursday. I had my AMA last night. If you're interested, here it is:

https://www.reddit.com/r/The_Donald/comments/4y2og1/ben_garrisonrogue_cartoonist_ama/
Posted by Ben Garrison at 1:22 PM No comments:

This cartoon was based on the classic movie, “Weekend at Bernie’s.” Two young men tried to keep their dead boss, Bernie, looking alive for various reasons. The mainstream media and the rigged DNC are doing the same for Hillary. Without them, her presidential run would have expired and, ironically, ‘Bernie’ Sanders would be the nominee.
Hillary doesn’t have good footing lately. She also doesn’t have good standing with many voters, either. She’s corrupt to the core and has tried to cover up endless scandals. She’s above the law, but not above ill-health. She’s having more and more trouble covering that up. The coughing fits. The facial ticks. The hideous cackling for no reason. The weird hole in her tongue. Her seizures. Her forgetfulness. She claims Trump is her husband. She said she wants to tax the middle class. She once said, ‘It takes a village.' Yes it does, Hillary. It takes a village to help you up the stairs.

Sure, some are willing to overlook Hillary's crimes and incompetency. They claim be 'with her,' but she’s looking withered.

Hillary is incompetent morally. She was a disaster as Secretary of State. She’s incompetent physically. She’s a brain damaged danger who must be kept out of the White House and and her shaking fingers away from the nuclear button. 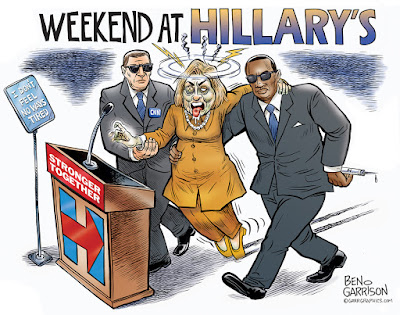 Posted by Ben Garrison at 3:03 PM No comments: 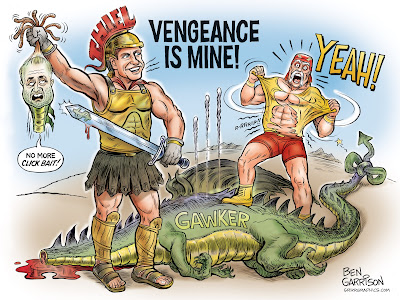 Gawker's owner, Nick Denton, had his face plastered all over NYC--someone wants him in prison. Denton lost his case against Hulk Hogan--and he lost big time. Denton was taught quite a lesson about libel and defamation. Another lesson he has learned: Don't mess with billionaires. Peter Thiel spent millions to help crush Denton. And it may still be an on-going process:

I endured for years similar treatment on sites such as 4chan. Christopher Poole, a young man who ran the site (he sold it to some Japanese man recently) allowed vicious copyright infringement (my cartoons defaced into racist junk while trolls claimed they were the 'originals'), gross defamation and outright libel against me to occur daily for many years, while at the same time he made sure all "Gamer Gate" and "Celebrity Nude Gate" posts were immediately deleted by his moderators.

Why was this? As usual it can be boiled down to one word:

Poole had little money, but didn't want to be sued by those who did have it. In my case, he was unafraid, because I didn't have it.

Denton insulted Thiel--claiming he had 'outed' him. He violated Thiel's privacy. The billionaire had the means to decapitate Gawker. Hulk Hogan was a beneficiary.

Surely Denton was smart enough to know he was playing with fire, but he dug in his heels. He published prurient stories, or 'click bait' journalism that attracted millions of viewers--as well as millions of dollars for his coffers.

Where is this going? Well, if you want to have a voice on the Internet and you gain some modicum of popularity, be prepared to be smeared, libeled and defamed by entities who disagree with your opinions. If you don't have deep pockets to fight back legally, it's best to avoid tangling with the hateful dragon. You can't defeat the Internet hate machine unless you have millions of dollars. In other words, justice is for rich people. 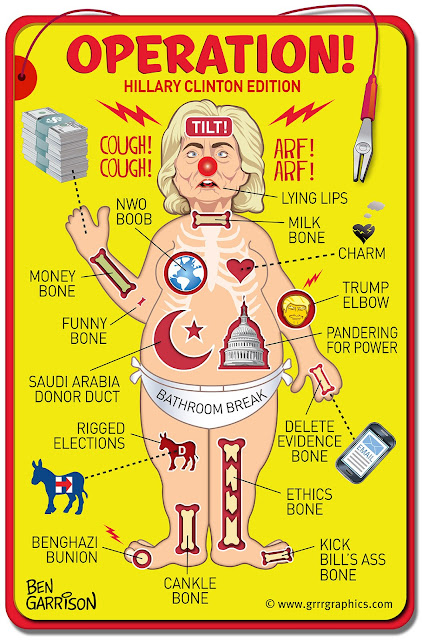 Hillary obviously has some serious health issues. Mainstream media are doing their best to dismiss obvious evidence, while alternative media journalists such as Mike Cernovich are digging up facts.

Hillary is unfit due to health reasons. Her mind is not sharp and she admits she 'short circuits.' Huma, connected with the Muslim brotherhood, has revealed that Hillary 'is often confused and needs her hand held.'

She has seizures and convulsions. Her mind is not sharp--she yelled for taxes on the middle class (to the mindless applause from her sycophants) and called Trump 'her husband.'

Even worse, she's an immoral criminal who is above the law--she gets away with it every time, which only encourages more lawlessness. Whitewater, cattlegate, filegate, travelgate, all kinds of gates and then she carelessly mistreated classified info by allowing anyone to access it from her private server.

She murdered Gaddafi and destabilized that region still further--and she laughed about it. Americans died while she gave aid to ISIS. Her Clinton Foundation is a means to peddle influence--favors for cash. Her speeches to the central banks are kept hidden. She's a dangerous liar and subject to fits of rage that scare her aides and supporters.

SHE is the loose cannon, not Trump. She needs to be kept far away from the nuclear button.
Posted by Ben Garrison at 10:51 AM No comments:

A few months back I drew a cartoon using this theme. I decided to do something similar (rendering in Adobe Illustrator) for a t-shirt. It's now available. (Hey, I have to make a living, right?)  --Ben Garrison 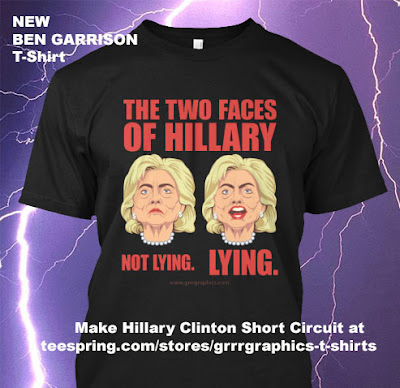 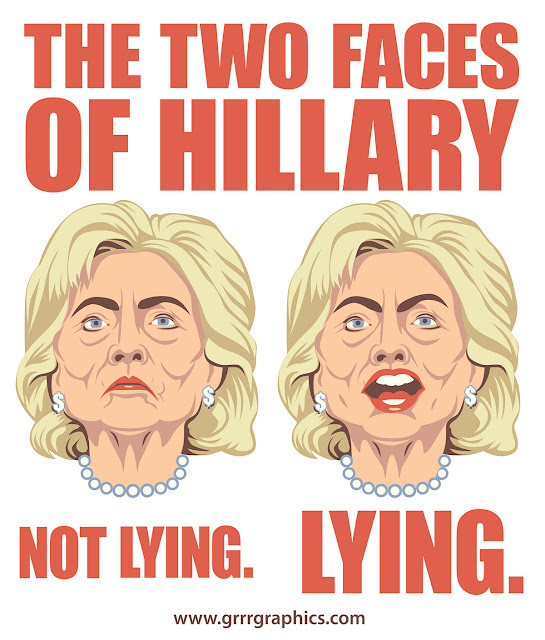 Posted by Ben Garrison at 4:40 PM No comments:

We now live in a country with a government that is no longer responsible to ‘We The People.’ It is now owned by globalist oligarchs. They no longer care if we know. It’s ‘in our face.’

Hillary Clinton is their candidate. Her corruption is grandiose in scale and now openly on display. She is above the law. They don’t even care if we know that. In fact, they want us to know. They want us to know that we are powerless.
The DNC rigged the primaries in favor of Hillary, aka “Cankles.”  The FBI also rigged the tremendous evidence against Hillary in favor of Hillary. She should be in prison. Instead, she was exonerated with the feeble excuse that ‘it wasn’t intentional.’ She is of the global elite. She is above the law.
It’s time for all good citizens of this country—citizens who want to adhere to our Constitution—to resist those who have stolen our country from us. Some have realized this and have abandoned our country. Robert Crumb is one of them. Instead of staying here and drawing cartoons along the lines of George Carlin, the old pervert instead fled to some old obscure chateau in France. He won’t mind that I stole his cartoon for this purpose because he never looks at the Internet. If he does mind, good luck trying to sue me. Come on, Crumb--go for it. But no worries. He has transpired into the realm of irrelevancy. God’s speed, Mr. Crumb. And good riddance. C’est la vie.
--Ben Garrison 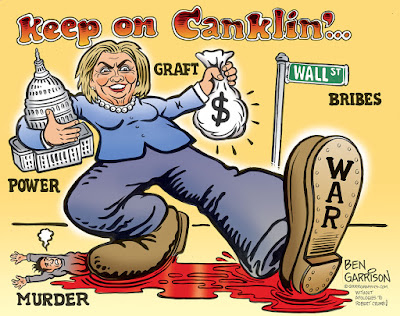 Posted by Ben Garrison at 1:43 AM No comments: